The Origins of Halloween! 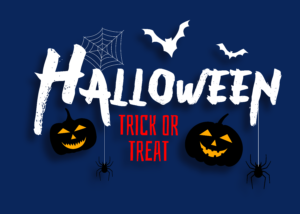 Many mistakenly think that Halloween is an American import to Europe. It is in fact an evolution of an ancient Celtic festival known as Samhain. It was the night that celebrated the end of the day and the beginning of the night on the Celtic calendar. All of our Halloween activities can be traced back to this ancient rite. Join our resident flame-haired mythological expert, Claire Alcock as we explore the origins of Halloween in «Tales from the other side». Audio Podcast, Youtube video and article available here.

The story of Stingy Jack

We all know that pumpkin carving is a fundamental part of the Halloween festival. It is, once again, a profound part of an ancient custom and relates to an old Irish fireside story, the story of Stingy Jack. The Irish drunkard who fooled the devil! Learn more here with an audio podcast and youtube video available alongside the article.

England also has a large history of mythology and folklore, much of Europe was once covered in lush forests and many of the stories of old traditions were warnings against the dangers of the deep forest. One of the most persistent of these supernatural beasts was The Black Dog or Hell Hound was considered a premonition of death. Learn more about this ancient tale by either reading or listening to the show here.

Charly explores the etymology of angels and devils in Interesting Etymologies. Learn about the origin of words such as Lucifer, macabre, ghoul and demon in this episode of our regular series here with an article, audio pod and youtube video available.

If you want an eerie tale to help with the frights in the night, why not listen to our audio reading of the Edgar Allan Poe classic «The Tell Tale Heart»? A video or audio podcast accompanied by an article exploring the life of the author, nothing says spooky season quite like a tale of horror and betrayal… Find out more here
Este sitio web utiliza cookies para mejorar su experiencia. Asumiremos que está de acuerdo con esto, pero puede optar por no participar si lo desea.
Ajustes de CookiesACEPTAR
Privacidad & Política de Cookies